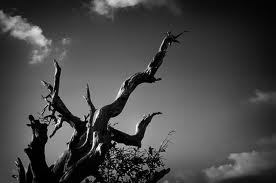 There is a change in the group feature system! From now on, there will be a new artist every week we will feature. If there is a song produced during that week, they may request to have it featured in place of a previously featured track. So, PM me if you think you, or someone you know, deserves a week dedicated to them! Thanks guys, you’re really making this group grow.

Hello, welcome to Knarled Synthesizers! We’re a small, relatively active group of music producers. Some of us are veterans, with experience in the field, while some are but beginners.

I appreciate you looking at our page! I’m still new to the whole group administrator thing, but I’m learning with time. I’m very surprised at how fast we’ve grown! I know it’s only a little more than ten, but that’s still around one a day. You see so many groups die immediately. This is already more than I had anticipated, and I thank everyone for that!

Anyways, uhm, group goal and things. In my opinion, I think we should just do whatever! The feedback I’ve received from the members here has driven my motivation, and inspiration, through the roof! I think that if you like making, listening to, or talking about music, you should join! I haven’t had a problem with any rude, discourteous people yet, and I don’t think I will anytime soon.

Now, I don’t think we’re even close to the point of hosting contests and things, so I’ll leave that for another time.

I will change my featured tracks whenever the time feels right to change them, usually that’s when someone posts an awesome track. I will never have more than one of my own tracks featured at once, as it feels selfish and rude to all of the others that have made music deserving of the position as well!

Thanks for reading, and join up if you want to talk to me, or anything of that nature! Oh, and there is no genre specific track requirements. Although, I would prefer it be made without library samples.

I sort of stole this idea from BASS4ROG, but, there are a few people in my group with no where near the amount of exposure they deserve. This is just a list of up-and-comers.

1. Xephyr – This kid is talented and highly active on Soundation. He has around twenty tracks, and most of them are either really amazing, or have a lot of potential. Check him out, and make sure to tell him what you think.

2. dApl8ya – He’s been a part of the site longer than I have. He took a little break, but he’s back. He’s always given me feedback, and all of his songs are sweet. Check dude out, and let him know what you think.

LET ME KNOW IF THERE IS ANYONE THAT YOU BELIEVE DESERVES A SHOUTOUT WITH A PM OR COMMENT. SEND ME ONE OF THEIR SONGS, AND I’LL CHECK THEM OUT. THANKS.

https://soundation.com/user/TDUTCH/track/trap-samurai My newest release! I hope you enjoy!

My Groovy Deep House song made in Soundation! http://soundation.com/user/higher/track/watch

Listen what happens when an angry dubstep makes dubstep when their pissed out their mind. http://soundation.com/user/KRackEdEkHo/track/the-voices-ft-elizalde-dubstep-like-comment-follow

Listen what happens when an angry dubstep makes dubstep when their pissed out their mind. http://soundation.com/user/KRackEdEkHo/track/the-voices-ft-elizalde-dubstep-like-comment-follow

Everyone please show your support for this soundation only made trap. please like follow and comment to give me motivation to finish this song thanks! http://soundation.com/user/KRackEdEkHo/track/3-2-1-boom-trap-preview-open-for-collab

http://soundation.com/user/getdajams/track/laser-tag My song that should be in a laser tag game. LOL