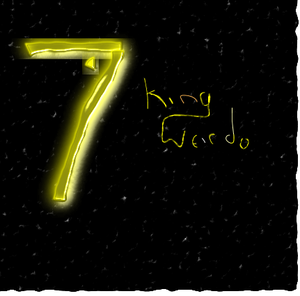 King Weirdo is the First “Album” by Hemenehem, Its not an official release but its more of a collection of the best songs produced by Hemenehem of this Time Period. Most songs featured are from “Audio Reality”

Tracks with “*” are original versions of itself, Revamped versions of these tracks will be included with special editions

Tracks Marked with “[…]” are Singles

Hello Friend! Great group! I am pleased to join you! Here is my favorite track of my friend AS !!! http://soundation.com/user/anton_smith/track/starry-sky-trance-version

in the wings of a phoenix by hemenehem

00:00 / 01:12
weirdo in a palace full of mayonnaise (the weirdo hates mayo)-original version by hemenehem