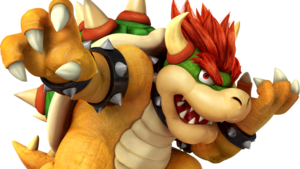 Hello, and welcome to the Boss Battle Competition! It’s going to be FUN!!! Here’s the guidelines:

1: Make an intense, video game-inspired track that you think would belong in a boss battle!

2: You can submit as many tracks as you would like, just make sure it’s relevant to this contest!

3: Be nice in the comments! If you don’t, that’s pretty stupid, and I don’t understand why this rule even has to be put up here at all, but whatever xD

I’ll have up three of my own boss battle-y tracks on this group to give you guys an idea! ;)

WINNERS: All submissions will be judged by RØ!X, Dead Dave, magic gold, and silverwing! The judges cannot vote for themselves!!! Speaking of which, since voting is disabled, members are allowed to promote SOMEONE ELSE’S track! Oh, and the judges have until November 15th to decide on 3 winners in total!

Have fun, and remember, you have a REALLY long time to do this! :D

what do u guys think about my music

if not do you really dont have any music

mollymcvay2973 are you new in soundation

plz listen on my music

Sorry, man. You joined this group a bit late (about a year from the looks of it lol). You're still welcome to post here, but as of now there's no contest :/

I think of a boss fight as sort of the exam at the end of the level. In a Zelda game you're usually using the newest item you found, but you have to use it quicker or more accurately than you had to previously. In something like an FPS game, it gets a little trickier, but a lot of levels still have a theme of some sort. If the whole level has been about avoiding lava you can unblocked here http://unblockedallgames.com/, you're probably fighting a lava monster, in an arena that's filling with lava. In a level full of sneaky invisible guys, make a boss that sneaks around too.

[this project has concluded]